Blogging at you live from within the snowy grasp of Winter Storm Juno. Hey, when you’re The Weather Channel, every blizzard needs a good name.  I guess they don’t have that much to get excited about. 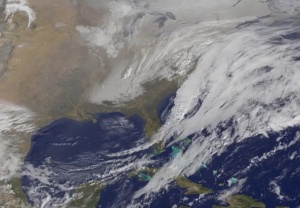 I still maintain that two feet of snow is not that much. However, I come from a state far snowier than this one. The main difference is my state’s infrastructure is ready and waiting for storms like this, so something as pesky as two little feet wouldn’t faze us. NYC, though, is freaking out. As is my school community. We have a snow day tomorrow, which they announced during the day today. This led to many of my fellow educators having a pissing contest over the size of their winter storm emergency kits while we waited to go home.

Now, call me crazy, but growing up I’d get snowed in for a week without all this stuff and somehow manage to cling to survival. This idea did not go over well in the teacher’s lounge. When they realized I did not have anything to contribute to their conversation about emergency generator strength and “one gallon per person per day” they all pounced on me in concern. They urged Roomie and I to assemble the following list of items on our way home from work… “trust us, you’ll be glad you did.”

Roomie and I realized our home was missing a few critical things and got to work. After one hour of texting back and forth about who was going where as she commuted from her school and I commuted from mine, we have assembled the following winter storm emergency kit which only varies slightly from the original.

We were already home when we realized we forgot the clean drinking water. Thankfully, we have two empty tequila bottles and a sink.

Did you know this type of snowstorm is called a Manitoba Mauler? Yes, it’s a much lesser known cousin of the Alberta Clipper and apparently there are people who devote their days to studying the difference between the two.  I am currently reading the Wikipedia page and learning all about how warm Pacific air travels over the mountains and becomes a big scary Chinook wind before getting “entangled with a cold air mass” above the Canadian prairie. 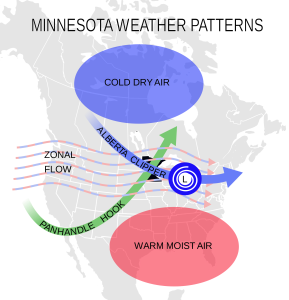 Why are the Clippers an LA sports team? Canada dropped the puck on that one.

My mother (who I have not spoken to in weeks but is now the epitome of parental concern) was very excited to use the term “nor’easter” on the phone. I think she thinks it sounds cool. I hate to shut you down, Ma, but this one’s from Canada, eh?